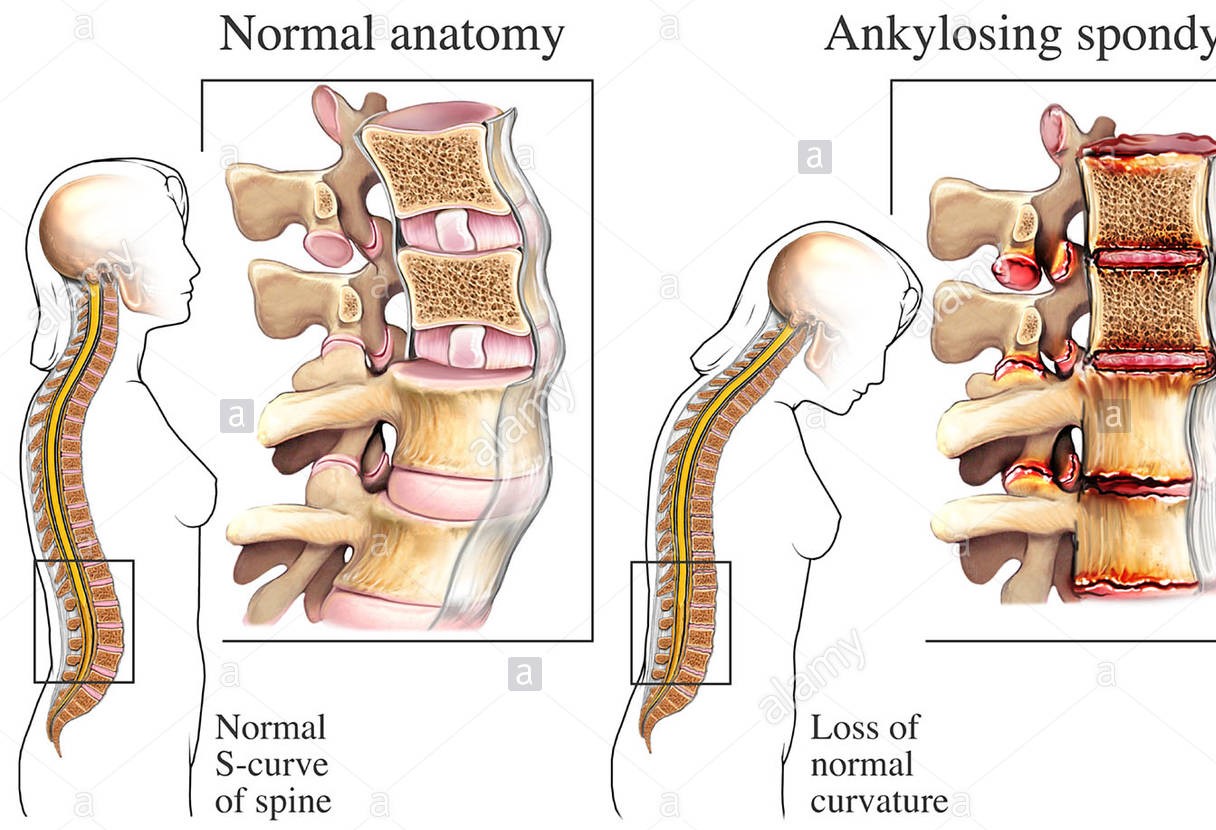 What are Spondylitis and Spondylosis?

What is the difference between Spondylosis and spondylitis?

Spondylosis and spondylitis are conditions of the joints of the spine.  The spine is formed from bones called vertebrae as well as the material between every vertebra within the joints is a disc. The joints and discs, over time, will become worn out or inflamed. First, we will try to understand Spondylitis and Spondylosis and further will address Ayurvedic treatment for Ankylosing Spondylitis

Spondylitis is the result of an inflammatory condition of the joint that causes arthritis. Some types of Spondylitis are as below

Spondylosis describes the vertebral joints’ general wear and tear, resulting in degenerative discs and joints. Some common types of Spondylosis are as follows

What is ankylosing spondylitis?

Inflammation of the joints of the spine occurs with ankylosing spondylitis (AS). It is a form of autoimmune disease that usually occurs earlier in life, from adolescence to around 40, with stiffness and pain that worsens in the morning and improved with exercise. The sacroiliac joints, which are large joints between the lower spine (sacrum) and the pelvis are often affected. As it is a progressive condition for over several years until structural damage manifests, it’s called sacroiliitis. loss of spinal mobility, extra-articular symptoms, peripheral arthritis, and reduction of quality of life.

What are the Symptoms of Ankylosing Spondylitis

Pain and stiffness are the primary signs one may experience as well as the low back, hip joint.

Bony fusion is another sign in this condition where the vertebrae fuse together leading to a hunched back posture.

It also can have an effect on the neck, which is leading to the lack of ability to move the neck.

It is likewise related to different systemic signs like Iritis (Inflammation, redness in the eyes), Fever, Fatigue, and Loss of appetite.

In a few uncommon cases, it may additionally be related to coronary heart and lung diseases.

In chronic cases, it leads to restriction in the ability to breathe freely.

Asthi-majja gata vata is a term that is correlated with AS. According to Ayurveda, Ankylosing spondylitis is caused because of aggravated vata dosha. This imbalance is the reason for degeneration &inflammation of the spine and might even result in disability in a lengthy time period. Ayurvedic remedy aims at digesting the ama by giving herbs and balancing aggravated vata. External Therapy and Lepanam, Pichu, Kati Basti, Sarvangadhara, and Patrapinda swedana are useful for this disorder. Panchakarma Therapy such as  Virechanam, Nasyam, Snehavasthy, Vaitharana vasthy, Kashayavasthy are useful to reduce pain and stop the progress of AS.  Along with Panchakarma treatments diet, lifestyle modifications are equally important to get relief from AS. Various Panchakarma procedures, as well as Ayurvedic medication, are equally important to control AS

Include ghee in your diet.

Applying heat to affected regions will assist to alleviate pain and stiffness.

Avoid sleeping during the daytime

Ayurveda advocates a holistic approach towards Ankolysisng Spondylitis.  It also aids in retarding the progress of the condition. The Ayurvedic medication with different therapies as well as proper exercise helps in addressing the existing condition effectively.